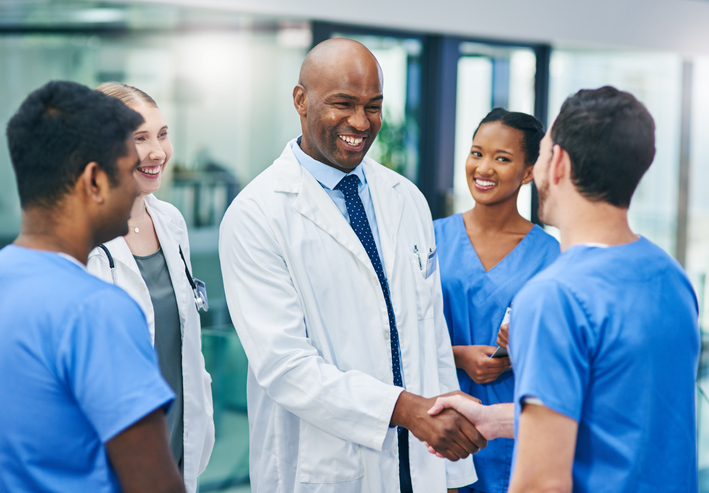 According to the Bureau of Labor Statistics, there are roughly 30,000 physicians practicing anesthesiology in the United States [1]. Most anesthesiologists find work in private practice, in hospitals or surgical centers, or in endoscopy, radiology, or cardiology suites [2]. An annual study of compensation in the field by Medscape found that the median salary for anesthesiologists is $392,000 per year. Self-employed anesthesiologists tend to earn slightly more, i.e. $424,000 per year. A majority of the doctors surveyed, 58%, say that they are satisfied with their compensation [3].

At the same time, the field is facing an employment crisis, which is driving demand. A 2010 study by Daugherty et al. found that there was a shortage of 3,800 anesthesiologists in 2007. According to the study, this deficit is predicted to increase to 4,500 unfilled jobs by 2020. This shortage is mostly due to an aging population that requires more surgery and assistance with postoperative pain management, as well as a trend toward working fewer hours [4].

While demand for anesthesiologists exists across the United States, the intensity varies significantly by region. A study by Liao et al. showed that anesthesiologists tend to cluster on the Western and Eastern seaboards [5]. The same study found that while 90.7% of the U.S. population lives in a county with an anesthesiologist, 55% of counties did not have an anesthesiologist. Indeed, the 2010 study by Daugherty et al. indicates a geographic imbalance in the number of anesthesiologists, with fewer physicians in the country’s largely rural, non-coastal regions [4].

The employment outlook is particularly bright for CRNAs. The Bureau of Labor Statistics projects that positions in the field will grow by 16% between 2016 and 2026. According to the American Association of Nurse Anesthetists, the 40,000 CRNAs in the United States make, on average, $187,000 per year [2]. The increased demand is driven primarily by the cost efficiency of CRNAs’ care [8].

As the role of CRNAs change, graduate CRNA programs are changing, as well. Starting in 2025, new graduates will be required to have a doctoral degree in order to practice. Francis Gerbasi, the chief executive officer at the Council on Accreditation of Nurse Anesthesia Educational Programs, said that this change was necessary due to the increased complexity of CRNAs’ work [9]. Graduate CRNA programs have until 2022 to transition to issuing doctoral degrees and around 85% of accredited CRNA programs have already made the transition.

[6] Johnstone, Robert E. “Anesthesia Practice Trends: What Is Changing? What Does It Mean?” ICAA, American Society of Anesthesiologists, 2012, www.icaa.ir/portals/0/pi_122_johnstone.pdf.